“WHY I CRIED OVER XENOPHOBIA” – TB JOSHUA REVEALS! 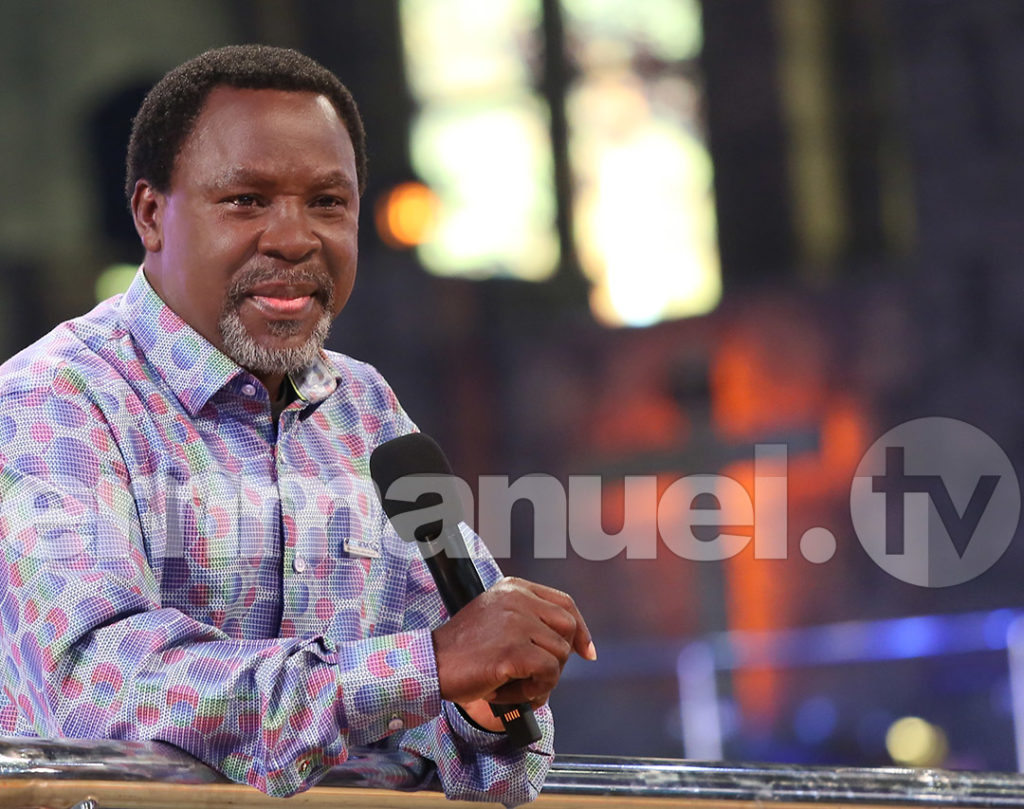 After shedding tears last week at the outbreak of xenophobic violence in South Africa, Nigerian Pastor TB Joshua has spoken about his uncharacteristic display of emotions.

“It was very necessary for Mr TB Joshua – not Prophet – to cry because of what he saw coming,” Joshua told a congregation – which included hundreds of South African nationals on pilgrimage to his church – on Sunday 15th September 2019.

The cleric proceeded to thank the multicultural congregants – and believers worldwide – for joining him in prayer.

“Thank God our prayers were answered,” he declared to enthusiastic applause, evidently referring to the palpable de-escalation in tension in the volatile region.

Corroborating this assertion, thirty of the Nigerians who voluntarily returned from South Africa in the wake of the violence visited The Synagogue, Church Of All Nations (SCOAN) to thank Joshua for the “tears he shed for African unity”.

In a report published in the Nigerian Tribune, Uche Victor Nwaocha explained there was tangible fear within the foreign community in South Africa with threats of more xenophobic violence looming large but Joshua’s tearful call for African unity changed the equation.

“The tears he shed last Sunday not only touched hearts but saved many souls. After that Sunday service, there was calmness,” the Nigerian, who lived in South Africa for seven years, revealed.

Ichigodora Dengarinenharo, a Zimbabwean also living in South Africa, echoed Uche’s sentiments in a comment on YouTube, insisting the song was actually “a prayer”.

Kayode Johnson Oluwafemi, another of the Nigerian returnees, explained he stayed in his house for almost a fortnight after the violence broke out in fear of reprisal attacks.

“The man of God’s message and tears shook the whole of Africa. Even those South Africans that were fighting before – they called us for a meeting of settlement… We saw the changes immediately. Even me – after the message, I had confidence to go out,” he shared.

Joshua, who is known for his humanitarian gestures, gave the group N3,000,000 to support them on their return to their homeland.

Speaking further during the church service, the cleric insisted that every nation has its challenges but the approach of the provoked South Africans “was wrong”.

“It’s okay to be wrong only if we retract our steps,” he insisted, adding that he had a sent a message to “people in authority” in South Africa calling on them to “hold a peace rally” to send a message of appeasement.

True to his words, South Africans gathered in large numbers later on Sunday, taking to the streets to stage a peaceful rally calling for African unity and apologising to foreign nationals targeted in the xenophobic attacks.

South Africa’s President Cyril Ramaphosa equally revealed his nation is sending a team of Special Envoys throughout the continent to deliver a message of solidarity to the African Heads of State.

‘Africa Unite’, the song Joshua composed addressing the precarious situation, has been viewed over 1,000,000 times on YouTube and Facebook since its release last week.

All News, Malawi Comments Off on “WHY I CRIED OVER XENOPHOBIA” – TB JOSHUA REVEALS! Print this News

« Eliud Kipchoge on his INEOS 1:59 Challenge (Previous News)
(Next News) Nakuru ready to showcase its beauty on World Tourism Day »