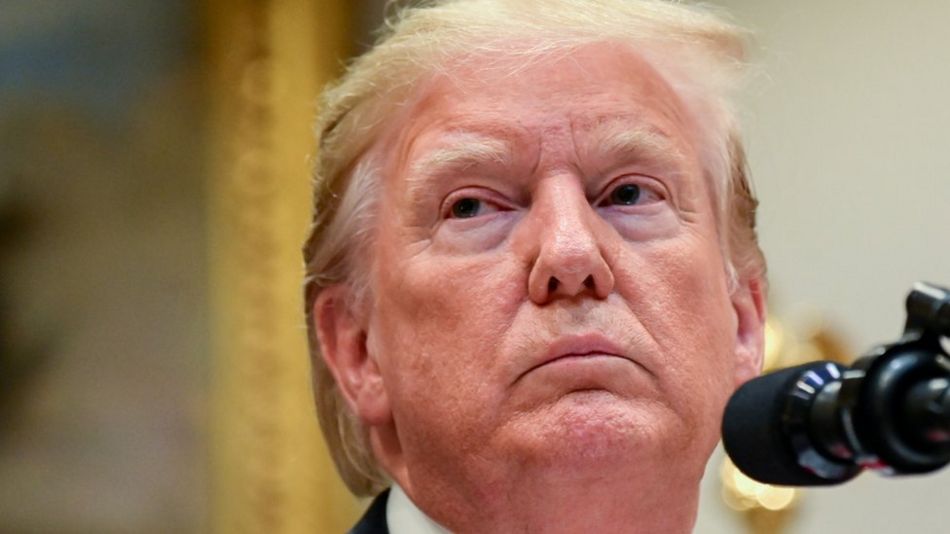 REUTERS:Mr Trump announced he had been set to meet senior Taliban leaders on Sunday

US President Donald Trump says he has cancelled a peace deal with the Taliban.

Mr Trump tweeted he had been set to meet Afghan President Ashraf Ghani and senior Taliban leaders on Sunday.

But he cancelled the meeting at his Camp David retreat after the Taliban admitted it carried out a recent attack in Kabul that killed a US soldier.

US negotiator Zalmay Khalilzad had announced a peace deal “in principle” with the Taliban on Monday.

This comes after nine rounds of talks between the US and Taliban representatives, held in Doha, the capital of the Gulf state of Qatar.

“Unfortunately, in order to build false leverage, [the Taliban] admitted to an attack in Kabul that killed one of our great great soldiers,” the president tweeted.

“I immediately cancelled the meeting and called off peace negotiations.”

As part of the proposed deal, the US would withdraw 5,400 troops from Afghanistan within 20 weeks. However Mr Khalilzad said final approval still rested with Mr Trump.

The US currently has about 14,000 troops in Afghanistan

What about the attacks in Afghanistan?

On Thursday, a Kabul car bombing carried out by the Taliban killed 12 people, including a US soldier.

A Romanian soldier serving with the Nato-led mission in the country was also killed.

The attack – the latest in a series of almost daily acts of violence – highlights fears that US negotiations with the Taliban won’t end the daily violence in Afghanistan and its toll on civilians.

According to BBC, Democratic Congressman Tom Malinowski said that inviting the Taliban to Camp David was “weird”, adding he supported the president’s change of plan.

“Everyone knew they’ve been continuously committing terrorist attacks. But I’m glad the president called off this farce, and hope this good decision sticks,” tweeted Mr Malinowski.

All News, Malawi Comments Off on US President Trump cancels peace deal with Taliban Print this News