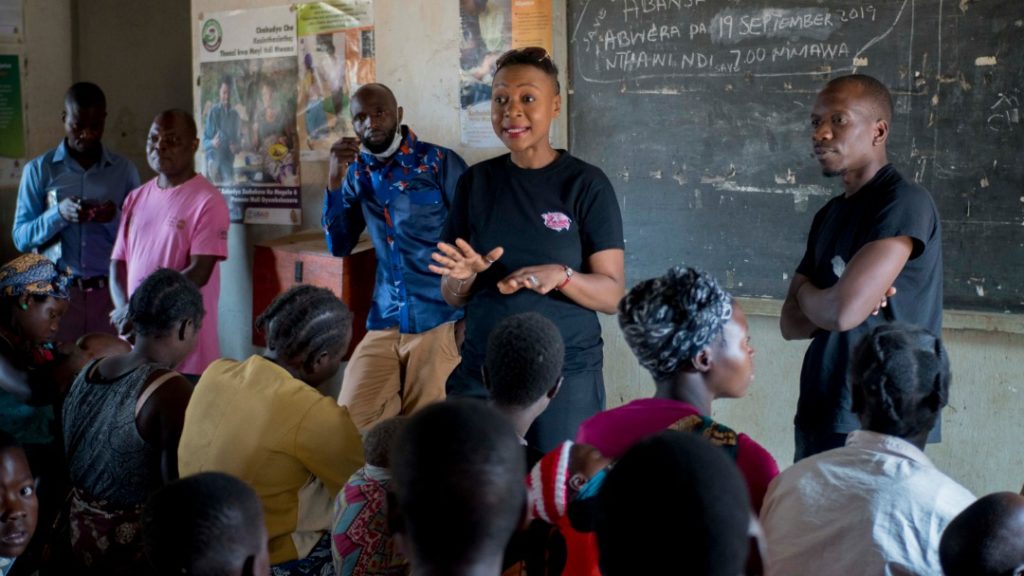 LILONGWE-(MaraviPost)-The country’s Hope for Cancer Foundation (HOCAF) has intensifies awareness campaign on the disease in a bid to reach many women for screening.

In recent months, the organisation has emphasized on cervical cancer awareness followed which is always followed by free VIA screening for those in  attendance who are willing to get tested.

According to Global Hope Organization Cervical cancer represents 40 percent of all cancer among females and Malawi has the highest age standardized incidence rate at 75.9 per 100 000 in the world.

HOCAF continues to spearhead cancer awareness campaigns and endeavours to curb practices that contribute to the rise in reproductive cancers including including breast and cervical cancers.

In an interview with HOCAF’ Founder and Chief Executive Officer Director Blandina Khondowe, says the past three months May, August and September has undertaken five awareness campaigns including one in Nalikule, rural Lilongwe and four at Mikundi and Chioshya Health Centres in Mchinji district.

Mchinji is one of the districts with high prevalence rate of cervical cancer hence requires increased cancer sensitization.

Khondowe says the campaign’s have reached out to close to close to 1000 women, the results from the free VIA Screening and Breast examinations are as follows:

•19 VIA positive for precancerous lesions

•6 cases were treated  with thermocoagulation

•8 breast cancer suspects which were referred to District Hospital for further tests.

The campaigns were funded by the “Movember Movement” also known as the Silver Grey Foundation who donated MK1 million ,  and UK based Malawian Florence Mwagomba Ngoma who raised MK269,300 through participating in a cancer marathon in London.

“It doesn’t take much to move us
Even with MK100,000, we can do so much save many lives,”urges Khondowe.

Think Pink Malawi has partnered with Nation Publications in the 2019 Mother’s Fun Run whose mission is to see that no mother or baby dies due to delivery related complications.

The 2019 Mothers Fun Run will take place in Likoma District and Think Pink will conduct an awareness campaign and screening in the District.

HOCAFs mission contributes to Government efforts on achieving SDG 3, which promotes healthy living  and well-being for all at all ages.

All News, Malawi Comments Off on Malawi’s Hope for Cancer Foundation intensifies awareness campaigns, VIA screening Print this News