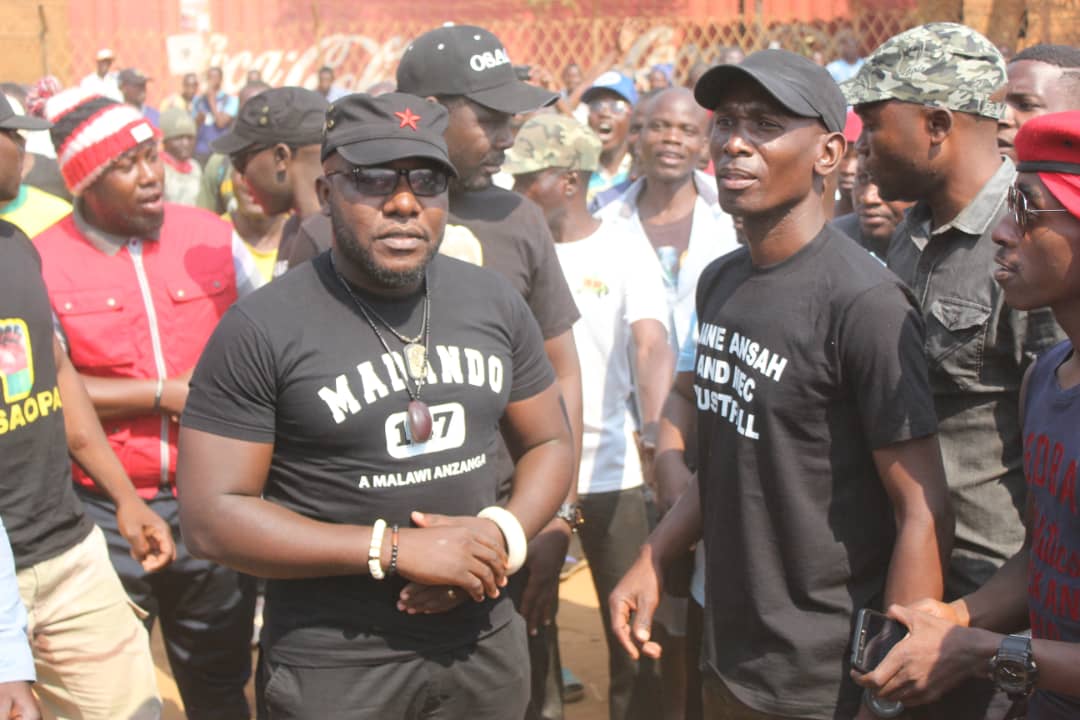 MZUZU-(MaraviPost)-The Human Rights Defenders Coalition (HRDC)  has announced an  abrupt suspension of the countrywide demonstrations they planned to hold from 18th to 20th September in order to attend the court case.

Announcing the suspension in audio that circulates in the social meadia, HRDC Chairperson, Timothy Mtambo has said the decision to suspend the demonstrations comes on the heels of the case between the Office of the Attorney General and them.

Mtambo has said they have decided to halt the demos so as to pave way for the court in Blantyre to determine the way forward of case in which the Attorney General, Kalekeni Kaphale prayed for cancellation of the demonstrations on the grounds of security of people and property.

However, Mtambo has reiterated that Karonga will continue to hold vigils between today, Thursday and Tomorrow, Friday, since they have been doing so since Wednesday, 18 September.

Since June, HRDC has been holding nationwide demonstrations in order to force MEC Chairperson, Dr Jane Ansah,  to resign following her alleged maladministration of the 21 May tripartite elections

All News, Malawi Comments Off on HRDC suspends anti-Ansah demos except Karonga Print this News