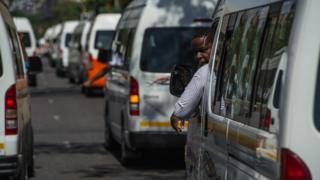 At least two taxi drivers have been confirmed dead following a random shooting by unknown gun men in Marabastad.

Masondo revealed that two driver were confirmed dead at the scene and the other two were transfered to hospital after sustaining life threatening wounds.

The Daily Sun report revealed that the four victims were sitting in a taxi when unknown men randomly started shooting at them.

Police said the motive for the shooting is still unknown and that they have open investigations into the case.

He has also asked anyone with reliable information that will led to the capture of the culprits to call the nearest police station.

The post Two taxi drivers gunned down by unknown gun men in south Africa appeared first on The Maravi Post.

All News, Malawi Comments Off on Two taxi drivers gunned down by unknown gun men in south Africa Print this News

Let’s call it witch hunt because APM was really bewitched 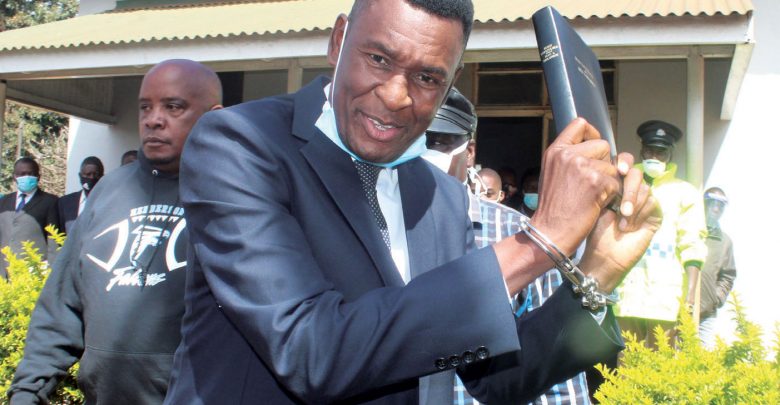 As our struggle for better Malawi continues, the former ruling Democratic Progressive Party (DPP) officials are finding it harder to keep the secrets about the plunder and looting of public resources that characterized the Peter Mutharika led administration.

The struggle has now culminated into what we can call an economic apocalypse in Malawi. For many religious people, the word apocalypse is often used to refer to the end of the world. This is not the type of apocalypse I am referring to. The word apocalypse comes from the Greek word meaning “lifting of the veil.” It is a term applied to the disclosure of something hidden from the majority of humankind. Simply said, apocalypse means “secrets are being revealed.”

Forcefully, former President Bingu Wa Mutharika (may his soul rest in peace) challenged donors in his pursuit of policies he thought were a long term solution to Malawi’s problems. He championed policies and initiatives like the Farm Input Subsidy Programme (FISP) and free ARVs for HIV/AIDS patients. In the eyes of donors, this was a nonstarter but Bingu stood to his ground and implemented them. Perhaps he knew that Malawi can survive without donor money as that money has been going into politicians’ pockets while Malawians scramble for the few resources available in the country.

However, the visionary leader in Bingu was not maintained, and at the time of his demise, his presidency was widely criticized both at home and abroad. He performed extremely well in his first term but goofed big time in second term. The question is why? My immediate answer is that in second term he surrounded himself with ‘witches.’ He was bewitched so much that he started betraying his conscience. And the coming in of Calista Chimombo as the first lady was just an evidence for the weakness of women, and their capacity to be “seduced” by Satan, as it is grounded in the story of Eve in the Garden of Eden. Surely, referring to Calista as a former first lady is not only a misnomer but also an insult to Malawians who witnessed in pain the transformation of Bingu from good to worse immediately after marrying her.

Enough of the legend Bingu! After all he is dead, and it’s foolhardy to attribute our misery to our ancestors. We are alive for a purpose: to correct what went wrong and to perk up the goodies.

While the witches spared Bingu in his first term, his brother Arthur Peter Mutharika (APM) was bewitched from the word go. Revelations of plunder and looting of public resources that took place under APM’s watch have left many, if not all, Malawians dumbfounded.  For the first time in the history of Malawi, we have a bodyguard to the President who is stinking rich. It appears the wealth Norman Chisale has accumulated within six years is far beyond any DPP official’s reach. He must thank the charm he used to kill the real ‘Americano’ in APM.

Now, those who have been saying APM anayikidwa m’botolo can say it again and again if the press statement from the former president released on Friday is anything to go by.

For starters, revelations have it that Malawi Revenue Authority (MRA) gave Mutharika the clearance to make the duty-free cement importations in three tranches, each of the consignment valued at $2.240 million bringing the total cost of the three consignments to $6.720 million (about K5.040 billion). It is further alleged that MRA officials and other top DPP gurus used Mutharikas TPN to import different duty-free goods into the country.

His bodyguard Norman Chisale, MRA boss Rosa Mbilizi and Inidan businessperson have already been linked to the nasty deal.

It is quite strange to hear that the former leader does not know anything concerning the cement importation saga.

“Accordingly, the former President did not, as he could not, request the Malawi Revenue Authority to invoke any of his privileges to clear the alleged consignment of cement duty- free,” Mutharika said in statement released by his personal secretary Linda Salanjira on Friday.

With such statements, Malawians must be worried. To say he was sleeping on duty is more polite to such a reckless president. But for the lack of proper description let me just join the bandwagon, APM anayikidwa m’botolo; and impeccable sources indicate that no one—the DPP top gurus, strategists inclusive—could meet APM in the absence of Norman Chisale and Getrude Mutharika. It was only late Chief Ngolongoliwa who could demand the absence of the two.

APM was really under the influence of roots. How could a bodyguard swim in such unspeakable wealth without him raising a concern? How a little-known trader Shafee Ahmed Chunara could ensnare him? How Rosa Mbilizi could find the opportunity to enjoy the privileges of the president by importing duty-free goods? How could his DPP officials establish a filling station at Escom without his knowledge? It is very unfortunate, and a clear demonstration that Malawi has been on autopilot the past six years. No wonder good-for-nothing Charles Mchacha also found room to wild powers not befitting his foggy brain intoxicated with nasty politics.

But like the Bingu’s scenario, women are also behind APM’s gross incompetence. As I’m writing, three beautiful ladies are answering charges in connection with dubious deals that were being done using the president’s name. Thus, I’m safe to ascertain that women are more prone to the temptations of Satan and thus more likely to be witches. Our own Professor of Law was really bewitched and it is the incredible responsibility of the incumbent Lazarus Chakwera and his deputy Saulos Chilima to hunt for the witches before they too fall victim to the occult.

Arresting state looters and plunders is not a witch hunt as per the leader of opposition Kondwani Nankhumwa’s definition of it. DPP has no moral ground to label the Tonse Alliance government as the inquisitor and persecutor of innocent individuals. In fact, they have to pay Chakwera and Chilima for cleansing their party by getting rid of witches, a service which could call for a great Dibia beyond the borders.

The post Let’s call it witch hunt because APM was really bewitched appeared first on The Maravi Post.

All News, Malawi Comments Off on Let’s call it witch hunt because APM was really bewitched Print this News

Mutharika was initially reported to have imported about 400 000 bags of cement worth K3.2 billion duty-free from Zambia and Zimbabwe between 2018 and 2019 despite promoting Buy Malawian campaign and the local industry having production capacity.

While State House and Malawi Revenue Authority (MRA) had justified the transaction as “within the law”, private practice lawyer John-Gift Mwakhwawa said the volume involved raised doubts on the “personal use” provision in the Presidents (Salaries and Benefits) Act and had called for an investigation.

Written correspondence between State Residences and MRA indicate that through director general of State Residences Peter Mukhito, Mutharika asked the public tax collector to facilitate clearance of the cement duty-free.

Presidential press secretary Mgeme Kalilani on June 16 told the local media that the President was within the law, saying: “The goods were imported under the Presidents (Salaries and Benefits) Act chapter 2 sub-section 2 part 7 of the schedule. Under this law, the President is entitled to import goods for personal use duty-free.”

But as the cement importation saga, which is now pegged at K5 billion,  continues to attract public interest, ex-President Mutharika on Friday spoke on the matter saying, he neither bought nor instructed anyone to buy or import the cement in question.

“Accordingly, the former President did not, as he could not, request the Malawi Revenue Authority to invoke any of his privileges to clear the alleged consignment of cement duty- free,” Mutharika said in statement released by his personal secretary Linda Salanjira.

“For the avoidance of doubt, the former President did not have any dealings with the alleged cement traders either personally or through a third party,” reads the statement futher.

Mutharika’s reaction is in sharp contrast with what Kalirani told the nation.

However, Mutharika’s failure to immediately correct Kalirani at that time is also worth debating. One would conclude that Mutharika could not distance himself from the scandal if DPP was still in power.

All News, Malawi Comments Off on Former Malawi President’s mouthpiece Mgeme Kalirani lied to the nation on cement importation saga Print this News